Switching to OSX, Another Attempt 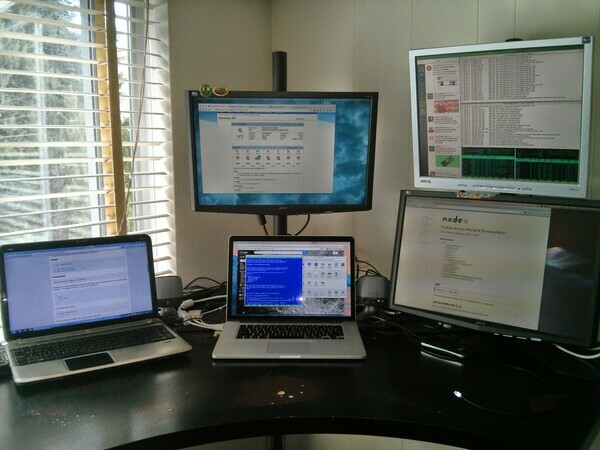 Almost exactly 5 years ago, I experimented with using a Mac as my main software development platform. The net result was that I abandoned the effort after finding too many obstacles and not enough benefits. In the 5 years since, the Windows and OSX platforms have converged considerably and the kinds of software that I work on have become much more "cloud like" in nature. There has also been a slow transition from Windows first to OSX first development tools to the point where many libraries that I want to install, either don't work under Windows or are a real pain to install.

So I am again diving head first into the OSX ecosystem. This time, I've got a top of the line, refurbished Macbook Pro that was shockingly expensive at about 3 times the cost of my last high performance Windows laptop. At least performance shouldn't be an issue. It's also nice that I can plug 3 external monitors into this laptop so that I can roughly reproduce my 6 screen setup that I had previously.

So far things have been going pretty well but I've not gotten too far in reproducing my development environment. That's my goal for this week. I'll report on the progress that I make.